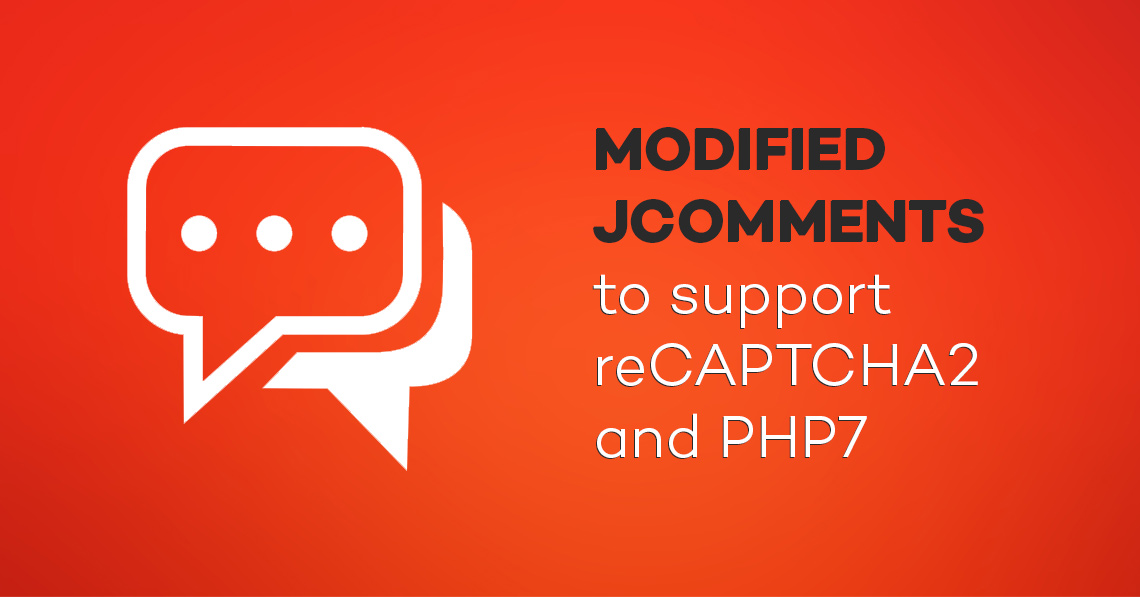 During latest years the Joomla project has shown its greatest potential and lot of things have been implemented. PHP7 was totally rewritten and show colossal performance. so Joomla 3 works like a rocket with PHP7.

Starting from Joomla 3.5 the API was a bit changed and it requires the 3rd party extensions to be patched according the new classes.

JComments has a reputation of the best free comments system for Joomla during years, but actual version 3.0.5 of this cool component was released at August, 01 of 2014. A good while ago. So, if you are using JComments with Joomla 3.6.x in PHP7, then you have to examine error.log of your site where bunch of entries like this will be founded:

The component need to be patched to meet PHP7 standards. It’s needed to replace "JCommentsACL" function at "_construct” as a minimum. Another feature required by many of users is Invisible Captcha support (reCAPTCHA2).

Since there is no official release yet, some fans have executed custom works. Thom Dietrich have patched the component to meet PHP7 requirements. And another fan have implemented ReCaptcha 2 in the version based on previous mentioned fan’s work. As a result, the modified Jcomments 3.0.5 version is available. It support reCAPTCHA2 and works fine with PHP 7.

This solution was founded in this thread (Russian Support forum).

You can take this fork from Github:

JComments on Github
Please bear in mind this is unofficial JComments release based on another fork and neither Joomlatune nor component developer is responsible for it.

If you tired from standard design, we can offer nice JComments templates that are available in our products section.

Executive manager, web developer, and Joomla enthusiast. He has been a part of and worked in many of the major web development roles over his 11 years, taking on various projects. Personal site: eugenesivokon.com

Tweets by @roundtheme
Home
Blog
Modified JComments to support reCAPTCHA2 and PHP7
You have allowed cookies to be placed on your computer. This decision can be reversed.